As I write this, reports are coming in from Baton Rouge about yet another attack with multiple casualties.  The world is reeling from the endless chain of violence and death of recent months.  On Friday, the PBS series Religion and Ethics Newsweekly ran a program on the Order of Deacons in the Catholic Church.  Given the state of the world, one might think this an odd or even irrelevant topic.   Upon reflection, however, I believe that there are some important dots to connect.  It is precisely because of the current state of violent death, destruction and havoc that the diaconate — properly understood — might offer a glimmer of hope.  After all, it was precisely because of the “abyss of violence, destruction and death unlike anything previously known” (John Paul II, referring to World Word II) that the Order of Deacons was renewed in the first place; we’re here to help do something about it. So we shall review the PBS story against that critical backdrop.

First, watch the program or read the transcript for yourself; you may find both of them here.  The diaconate is not often covered in the media, so this could have been a wonderful opportunity to spread the word about a remarkable ministry.  Unfortunately, despite very obvious good intentions, the program was full of errors ranging from simple errors of fact to more serious, even egregious, errors of history and theology.  Furthermore, a wonderful opportunity was missed to connect the “concrete consequences” which the diaconate might offer a hurting world.

Why focus on some of the errors made in the program?  First, simply to get them identified and out of the way.  Second and more important, it is crucial to dispel such errors because they can distort the meaning of the diaconate and distract the audience from its proper potential. 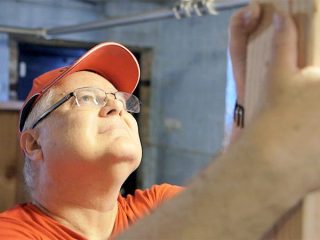 Now, on the PLUS side:

One exceptionally brief section of the program was a bright spot, and captured the characteristic identity of the deacon.  Several deacons were shown installing a laundry room in a home for women emerging from crisis.  The reporter describes this group as “a ministry that responds to crises. . . .”  One of the deacons involved points out that “besides doing liturgical functions, we’re also called to serve the poor and serve the people of God.”  There it is: the role of the deacon is to respond to crises, to serve those most in need.  The identity of the deacon is expressed in many ways, but most characteristic is this focus on the needs of others: while we are called to exercise our ministries of Word, Sacrament, and Charity in a balanced way, all of it finds its most significant expression in the servant-leadership of the community in service.  If the program had focused on these dimensions — on the very heart of the diaconate itself — it might have avoided the problematic areas which they got largely wrong.

Diaconate and Diakonia: An Essential Element of the Church

The entire Church is called to be a servant-church, a diaconal church.  Pope Paul VI repeatedly taught that deacons are to be “the animators of the Church’s service,” and St. John Paul II carried it a step further when he referred to the diaconate as “the Church’s service sacramentalized.”  These popes were echoing the teaching and the decisions of the the bishops of the Second Vatican Council when they determined that the Church’s diakonia should be a permanent part of the sacramental life of the Church.  Being a deacon is not simply some activity which a person takes on themselves, at their own initiative; rather, it is believed to be a call from God as discerned through the help of the broader Church.

20. “All who believed were together and had all things in common; and they sold their possessions and goods and distributed them to all, as any had need” (Acts 2:44-5). . . .  As the Church grew, this radical form of material communion could not in fact be preserved. But its essential core remained: within the community of believers there can never be room for a poverty that denies anyone what is needed for a dignified life.

21. A decisive step in the difficult search for ways of putting this fundamental ecclesial principle into practice is illustrated in the choice of the seven, which marked the origin of the diaconal office (cf. Acts 6:5-6). . . .  Nor was this group to carry out a purely mechanical work of distribution: they were to be men “full of the Spirit and of wisdom” (cf. Acts 6:1-6). In other words, the social service which they were meant to provide was absolutely concrete, yet at the same time it was also a spiritual service; theirs was a truly spiritual office which carried out an essential responsibility of the Church, namely a well-ordered love of neighbor. With the formation of this group of seven, “diaconia”—the ministry of charity exercised in a communitarian, orderly way—became part of the fundamental structure of the Church.

It is time now to bring all of this together: in the light of Baton Rouge, Nice, Dallas, “Black Lives Matter,” terrorist acts and wounded communities all around the world: why should we care about an order of ministry within the Church?

THE DIACONATE IN CONTEMPORARY CONTEXT: WHY? 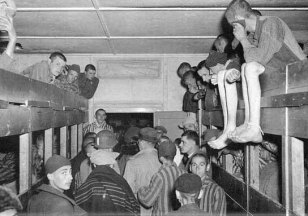 So, what is the connection?  How can the diaconate be understood against that much larger and violent backdrop?  The most important question of all is perhaps, why do we have deacons in the first place?

Here is my point: If we deacons were restored in response to Dachau and similar world shattering violence, translate “Dachau” to Baton Rouge.  “Dachau” to Nice.  “Dachau” to “Black Lives Matter”.  “Dachau” to 9/11.  “Dachau” to every act of senseless terror and random  violence.  What are we doing to confront these tragedies?  What are we doing to work toward a world in which THEY can no longer exist?  This is so much more than who gets to exercise “governance” (a technical canonical term) in the Church, or who gets to proclaim the Gospel in the midst of the community of disciples.  Like the bishops of the Second Vatican Council, we must ask ourselves how we must evolve and adapt to the new violent conditions of our own age.  How can they best be addressed in the interest of the millions of suffering people — here at home and abroad — whose needs we are called to serve?  We deacons must, like our “founders” at Vatican II, look beyond the normal categories of parish and issues of “insider baseball.”

I hope that there will be more media programs on the diaconate.  I hope that not only will they be done accurately, but that they will also be done with a sense of the vision and potential of the diaconate.

As Pope Paul VI said of us, we are to be “the animators” of the Church’s service: May we give our lives to change the world.

9 comments on “Terrorism, Dachau and Diaconate: Perspectives and PBS”