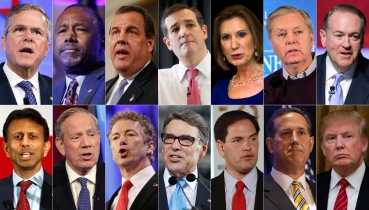 Act I is over.  Remember Act I?  All those presidential candidates sniping and name-calling and down-shouting.  I confess at first I found it rather entertaining, but before too long it became depressing yet mesmerizing, rather like watching a snake  charmer seducing a crowd.  Act I culminated in the national political conventions where the unbelievable happened.  The man most people voted the least likely to succeed in politics walked away with the Republican nomination and the woman with one of the most substantive public service resumes ever earned became the first woman to accept the nomination of a major political party for the office of President.  Those political conventions were the opening scene of Act II. 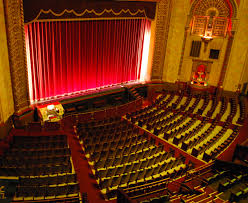 Now, Act II is over.  The general campaign was brutal, bloody, bizarre, virulent, draining and depressing as two vastly different visions of our nation emerged.  Let’s face it: today as I write these words, no one is completely satisfied with the process or even the outcome. The wounds and the scars are deep.  But now Act II is also completed, with the election of Donald J. Trump as president-elect of the United States of America.  We’re now in the intermission of the transition, and that will end on 20 January 2017 when Mr. Trump places his hand on a Bible and swears the Oath of Office and he becomes President Trump.  At that moment, the curtain will rise on Act III.

The question for all of us is quite simple: What do we do now?  We are not an audience at a play.  We are not observers, but participants in our public life.  There is a term which became common during the Second Vatican Council: we are “co-responsible” for our lives and the life of our republic.  So where does that lead us today, the first day following the election?  The people who supported and voted for Donald Trump are ecstatic and triumphant; those who supported and voted for Hillary Clinton are reeling and depressed.  Those who supported third party candidates or who chose not to vote for any candidate are, well, I honestly don’t know how they feel.  But the bottom line, in my opinion, is that one feeling is prevalent on both sides of the political divide: almost everyone is feeling cut off and disenfranchised.  That was the stated position of those who supported Mr. Trump; it is also the position of those who supported Mr. Sanders and Mrs. Clinton.  What should we be doing as we prepare for Act III?

Homer’s Odysseus, navigating his way home after the Trojan War, encounters the twin hazards of the Scylla and Charybdis: steer too close to the “rocks” of the Scylla and six sailors will be taken; steer too close the whirlpool Charybdis and the whole ship and crew will be lost.  It’s the classic conundrum much like our own expression of being “between a rock and a hard place.”  In today’s America, then, do we just proceed as we have over the last year and a half, and keep speaking of the Scylla of “winners” and the Charybdis of “losers”?  Is there a way, perhaps of navigating between these two hazards and overcoming some of the polarities of our national life?  There are people — good people! — who supported and voted for Donald Trump.  There are people — good people! — who supported and voted for Hillary Clinton (and for other candidates).  Caricatures on both sides will not help us move forward.

What I’m proposing below is something that we who are people of faith might do within our various churches and communities to move forward in a positive way, to seek the light and not to descend into darkness.  How might we be, in the famous words of the Second Vatican Council, “a leaven and, as it were, the soul of human society in its renewal by Christ and transformation into the family of God”?

I offer four things to consider.  These are clearly suggestive and not exhaustive, but these will help suggest others.

We all need to take a deep breath and  — as we sailors like to say — “take an even strain” on the lines.  If we take the high ground and stay energized and motivated to work for the common good of all, we can indeed move forward.  We can — we MUST — see this new Act as an renewed opportunity to help transform, even if on a small and local scale, public discourse and the political landscape in which the common good of all can be served. I will bring this essay to a close with the words we all learned by heart in elementary school.  May we now live them in a mature and profound way as we move forward.

We the People of the United States, in Order to form a more perfect Union, establish Justice, insure domestic Tranquility, provide for the common defense, promote the general Welfare, and secure the Blessings of Liberty to ourselves and our Posterity, do ordain and establish this Constitution for the United States of America.

2 comments on “Navigating the Scylla and Charybdis: Living, Loving and Leading through the Trump Presidency”