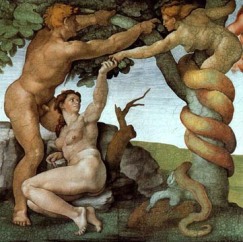 The social media have been abuzz over the last few days about the story of the Catholic school teacher, single and pregnant, who was fired from her job for violating the morals clause of her contract.  A couple of the better commentaries have been offered by Deacon Greg Kandra at his Deacon’s Bench and Cathleen Kaveny  at dotCommonweal.  At about the same time, actor Philip Seymour Hoffman, a Catholic, died tragically.  When it was announced that he would have a Catholic funeral, certain Catholics opined that, because they believed Hoffman to be a “grave public sinner”, he should be denied a Catholic funeral.  My buddy Deacon Greg responded in a CNN opinion piece entitled “Why Philip Seymour Hoffman deserves a Catholic funeral.”

UPDATE: I would be remiss if I did not also include the canonical opinion of Dr. Ed Peters at his blog; read it here.  He is expressing in canonical terms some of the same issues I hope to raise here.

Even before these stories broke, I had been thinking about sin and its effects; these news stories gave a poignant focus to the reflection.  Consider a recent post on the Huffington Post Religion site, “What the Christian Right Gets Wrong About Sin” by Micah J. Murray.  In particular, he asks, “What, in your mind, is sinful?”  Mr. Murray discusses the common tendency to respond to this question with a list of sexual activities, as if “sin” equates to “sex” in the minds of many people.  If “all politics is local,” it seems that for many, “all sin is sexual.”  I don’t want to get into the details of his article; I’m much more interested by the questions themselves.  What DO we think of when we hear the terms “sin” or “sinful”?  In a sense it’s like the old word association exercise, “Say the first word that comes to mind.”

Let’s look at some of what the Catechism of the Catholic Church says about sin.  In a chapter on “The Dignity of the Human Person,” we find some interesting things.

THE DEFINITION OF SIN 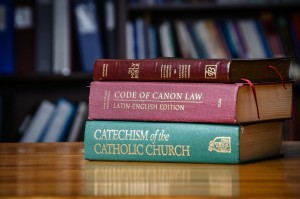 1849 Sin is an offense against reason, truth, and right conscience; it is failure in genuine love for God and neighbor caused by a perverse attachment to certain goods. It wounds the nature of man and injures human solidarity. It has been defined as “an utterance, a deed, or a desire contrary to the eternal law.”

1850 Sin is an offense against God: “Against you, you alone, have I sinned, and done that which is evil in your sight.” Sin sets itself against God’s love for us and turns our hearts away from it. Like the first sin, it is disobedience, a revolt against God through the will to become “like gods,” knowing and determining good and evil. Sin is thus “love of oneself even to contempt of God.” In this proud self- exaltation, sin is diametrically opposed to the obedience of Jesus, which achieves our salvation.

THE DIFFERENT KINDS OF SINS

1852 There are a great many kinds of sins. Scripture provides several lists of them. The Letter to the Galatians contrasts the works of the flesh with the fruit of the Spirit: “Now the works of the flesh are plain: fornication, impurity, licentiousness, idolatry, sorcery, enmity, strife, jealousy, anger, selfishness, dissension, factions, envy, drunkenness, carousing, and the like. . . .”

1853 . . . . The root of sin is in the heart of man, in his free will, according to the teaching of the Lord: “For out of the heart come evil thoughts, murder, adultery, fornication, theft, false witness, slander. These are what defile a man.” But in the heart also resides charity, the source of the good and pure works, which sin wounds.

THE GRAVITY OF SIN: MORTAL AND VENIAL SIN

1854 Sins are rightly evaluated according to their gravity. The distinction between mortal and venial sin, already evident in Scripture, became part of the tradition of the Church. It is corroborated by human experience.

1857 For a sin to be mortal, three conditions must together be met: “Mortal sin is sin whose object is grave matter and which is also committed with full knowledge and deliberate consent.”

1858 Grave matter is specified by the Ten Commandments, corresponding to the answer of Jesus to the rich young man: “Do not kill, Do not commit adultery, Do not steal, Do not bear false witness, Do not defraud, Honor your father and your mother. . . .”

1859 Mortal sin requires full knowledge and complete consent. It presupposes knowledge of the sinful character of the act, of its opposition to God’s law. It also implies a consent sufficiently deliberate to be a personal choice. Feigned ignorance and hardness of heart do not diminish, but rather increase, the voluntary character of a sin.

In looking again at the case of the Montana Catholic school teacher, we are told that her employment was terminated because her contract obliged her to live her personal and professional life in accordance with Catholic moral teaching.  Fair enough.  But for me, here’s the question: Does a “sin” equate to a “way of life”?  All of us are sinners; that’s a tenet of Catholic moral theology.  When Pope Francis was asked by an interviewer who he is, his first response was to identify himself as a sinner.  So, when an employer puts such language in its employment contract, is it with an expectation that its employees are expected to be sinless?  Such an expectation is clearly unrealistic and impossible!  Does anyone who sins run the risk of losing their job?  We must look further.

The Catholic Church speaks of degrees of sinfulness, with the most serious being mortal sin.  As summarized in the Catechism, three conditions have traditionally been required for a sin to be mortal: grave matter, full knowledge, and full consent of the will.  (Interestingly, in the old Baltimore Catechism generations of us were raised on, the second condition was usually termed sufficient reflection; that is, reflection “sufficient” for the person to realize that their act or omission was grave and potentially sinful.  It seems to me that the Catechism has ramped up this condition to be even more stringent.  FULL knowledge is certainly different from SUFFICIENT knowledge.  But that’s for a later discussion perhaps.)  In sum, for a sin to be mortal, all three of these conditions must be present; the act alone, no matter how grave in itself, is not sufficient to impute sinfulness.  It is only the act considered in light of knowledge and volition which can determine sinfulness.

Back to the school teacher: What do we know?  Very little, actually.  We know that she is unmarried.  We know that she has become pregnant, obviously outside of marriage.  We do not know, nor can we presume, the state of her own knowledge and volition concerning this grave matter of sexual relations outside of marriage.  I know, I know, it’s TEMPTING to rush to judgment, but we cannot and must not.  In short, we can’t even say that she’s committed a mortal sin at all; that remains the province of her own conscience and her confessor.   Now, I am not a civil attorney, but I have served as a Catholic school administrator, and it seems to me that her employer has made a flawed logical and moral judgment.  Based on what has been made public, it seems that the administration is taking a single act and extrapolating from that a conclusion that the teacher is living an entire lifestyle at odds with Catholic moral teaching.  Perhaps, of course, we have not been made privy to other additional details (certainly, none of our business!), but if her employment was terminated solely on the basis of one act (having sex outside of marriage), that seems excessive on its face.  Only if one reduces “to live one’s life in accordance with Catholic teaching” to a singular act, which may or may not be sinful, does such a decision make sense.

It also seems important to consider this action from the perspective of Catholic education.  What are we teaching our children in this situation?  In my experience, our children are almost always smarter and wiser than we expect.  They “get” that their teacher has made a mistake here; they probably also know that there is more to her than this one act.  It is this fuller knowledge of her as a person which will inform their own response to the situation.  Instead, what they now experience is an administration (and rightly or wrongly, they will associate this action with “the Church” in general) that is acting in judgment on this teacher for one act, with no opportunity for correction, conversion, mercy or redemption.  I once worked with a great Catholic high school principal.  When a student got into serious trouble, we would sometimes get faculty or other administrators recommending that the student be suspended or even expelled for his or her behavior.  Tom, however, would almost NEVER do either of those things.  When I asked him why, he said, “It’s easy to kick people out; but if they’re not here, we can’t help them to change.  We’re Catholic and our job is to help people change, not to throw them away.”  Good advice.

The school might have modeled how we reach out and support one another, even when we fall.  This would have benefited the teacher in question, her unborn child as well as her students, who would experience how a loving Church ministers to one another even during challenging times.

I’m not advocating sinful behavior.  I’m not saying that there are not certain actions which might require immediate termination of employment.  What I am saying, echoing many others, is that in this instance there seems to be many other and better ways of handling the matter.

With regard to Mr. Hoffman, Deacon Greg nails it.  The simple truth is that Mr. Hoffman was a Catholic.  Period.  Was he troubled?  Did he always act in the best of ways?  His celebrity certainly magnified his actions for good and ill.  At the core of the matter, nonetheless, he was a Catholic.  And Catholics have a right to the sacraments and consolation of the Church.  Our teaching and even our laws always tend toward the generous: we are to presume the good will and good faith of people.  It’s easy for some folks to look up “black letter law” and make judgments accordingly.  But even canon law concludes with the maxim, “Salus animarum suprema lex” (the salvation of souls is the highest law), which provides a useful hermeneutic for the application of the law.  So, together, we pray for Mr. Hoffman and that he has found eternal rest and peace in the loving arms of the Trinity in Whom he was baptized.

For what it’s worth, just one deacon’s opinion. 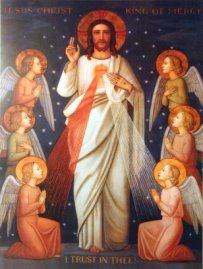 4 comments on “Rush to Judgment?: Sin and Lifestyle — UPDATED”