I have written a lot on this subject, but it is one that bears revisiting every election cycle.  As I write this, it seems certain that the two nominees for this year’s presidential election will be Donald Trump for the Republicans and Hillary Clinton for the Democrats.  In my lifetime I have never experienced anything approaching the madness of the primary process, and the general campaign promises more of the same.  So, I hope this review is helpful, since deacons fall into some unique categories on this subject under canon law!

Before turning to the specifics of canon law, let me offer three preliminary points: 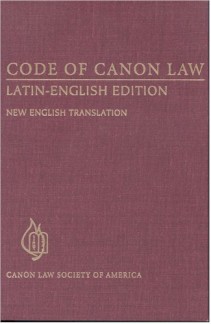 Canon 285 directs that “clerics are to refrain completely from all those things which are unbecoming to their state, according to the prescripts of particular law.” The canon continues in §3: “Clerics are forbidden to assume public offices which entail a participation in the exercise of civil power,” and §4 forbids clerics from “secular offices which entail an obligation of rendering accounts. . . .” Canon 287, §1 reminds all clerics that “most especially, [they] are always to foster the peace and harmony based on justice which are to be observed among people,” and §2 directs that “they are not to have an active part in political parties and in governing labor unions unless, in the judgment of competent ecclesiastical authority, the protection of the rights of the Church or the promotion of the common good requires it.”

However, c. 288 specifically relieves permanent deacons (transitional deacons are not exampted) of a number of the prior canons, including cc. 285 §§3 and 4, and 287 §2, “unless particular law establishes otherwise.” Particular law in this instance is provided by the National Directory on the Formation, Ministry and Life of Permanent Deacons in the United States, which states at #91: “A permanent deacon may not present his name for election to any public office or in any other general election, or accept a nomination or an appointment to public office, without the prior written permission of the diocesan bishop. A permanent deacon may not actively and publicly participate in another’s political campaign without the prior written permission of the diocesan bishop.” The diocesan bishop may also create particular law within his own diocese on such matters. In one case, a diocesan bishop notified his clergy that if anyone could even infer, through their speech, manner or demeanor, which political party or candidate the cleric was supporting, then that cleric had gone too far. While we are each entitled to form our own political decisions for ourselves, we must always be aware of the political lines we must not cross.

So where does this leave us?  Deacons, although clerics, may participate in political life to a degree not permitted other clerics under the law. However, they are required by particular law in the United States to obtain the prior written permission of their diocesan bishop to do so. I find that two other aspects of this matter are too often overlooked. First, is the requirement under the law that all clerics (and, most significantly, permanent deacons are not relieved of this obligation) are bound by c. 287 always “to foster peace and harmony based on justice.” This is a critical point for reflection for all clerics: How do my actions, words, and insinuations foster such peace and harmony, or are my actions serving to sow discord and disharmony? Since permanent deacons may become more engaged in the political sphere than presbyters (with the permission of their bishop), this will take on particular relevance for deacons. Second is the whole area of participation in political campaigns. Deacons may only participate in their own or someone else’s political campaign with the prior written permission of their bishop.

Things are so much more complicated today than in years past, with all of the various social media available.  Tweets can replace reasoned response, a Facebook status can mimic a political platform, and even a “like” can raise political tempers.  Furthermore, what about the deacon’s family and their rights and obligations to participate fully in the political process?  In one common example, what if the deacon’s family wants to put a yard sign supporting a particular candidate in the yard, or to put a bumper sticker on the family car?  Today, when political support is often reflected through the social media, all of us might well reflect on how our opinions stated via these media constitute active participation in someone’s political campaign.

All of us, lay and cleric, are obliged to participate appropriately in the political process. One would hope that all people, lay and cleric, will want to “build up the People of God” and not tear down!  However, as clerics – and in a particularly challenging way, permanent deacons – we have not only a moral obligation to do so, but a legal one as well.  This means that we must often walk a fine moral tightrope in doing so.

2 comments on “Deacons and Politics: Walking the Tightrope”