From Vespers, 21 December, the Winter Solstice:

O Morning Star,
splendor of eternal light and sun of justice:
Come, and enlighten those who dwell in darkness and the shadow of death.

It is no coincidence that today’s Antiphon occurs on the shortest day of the year, the Winter Solstice.  The “darkest” and shortest day, with the least sunlight of the entire year.  On this day, then, the Church remembers that Christ, the Morning Star extolled in the great Exultet on the Vigil of Easter, brings light back into the world.  The Latin root of the word “oriens” is “East”, the direction from which the sun “rises.”  This explains the various English translations attempting to capture that sense: “morning sun”, “dayspring”, “morning star,” “dawn” and so on.  The point is simple and based on Isaiah: “The people who walked in darkness have seen a great light; those who lived in a land of deep darkness— on them light has shined” (Is 9:2).

Pope Francis spends considerable time in Evangelii Gaudium speaking of the dangers facing “pastoral workers”: those clergy and laity who together attempt to serve the needs of others.  Among those challenges, he writes that “the biggest threat of all gradually takes shape: ‘the gray pragmatism of the daily life of the Church, in which all appears to proceed normally, while in reality faith is wearing down and degenerating into small mindedness.'” He is quoting then-Cardinal Joseph Ratzinger from a speech given at a gathering the Presidents of the Latin American Episcopal Commissions for the Doctrine of the Faith in 1996.  Pope Francis continues: 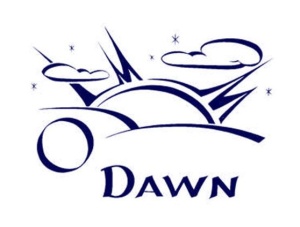 Disillusioned with reality, with the Church and with themselves, they experience a constant temptation to cling to a faint melancholy, lacking in hope, which seizes the heart like “the most precisous of the devil’s potions.”  Called to radiate light and communicate life, in the end they are caught up in things that generate only darkness and inner weariness, and slowly consume all zeal for the apostolate.  For all this, I repeat: Let us not allow ourselves to be robbed of the joy of evangelization. . . . One of the more serious temptations which stifles boldness and zeal is a defeatism which turns us into querulous and disillusioned pessimists, “sourpusses” (#83, 85).

Although these words are focused on pastoral workers, they certainly apply to all people.  In today’s world, it is easy to become overwhelmed and discouraged.  As the pope reminds us, though, as followers of Christ and proclaimers of the Gospel, we are “called to radiate light” and only in our relationship with Christ and the relationships which flow from that primal relationship, can we truly carry that light into the world.  Pope St. John Paul II told deacons and wives in an audience in 2000 that, when they were discouraged they should “throw yourselves into the arms of Christ, and he will refresh you.”  In these final days of Advent, no better advice can be given!

Are we ourselves discouraged and overwhelmed at this time of year?  As Christ the Morning Star enters the world, may we too be illumined and strengthened to bear that light to others.  No sourpusses allowed!  “The people who walked in darkness have seen a great light. . . .”: Are we, disciples of Christ and heralds of the Gospel, perpetuating the darkness, or sharing the Light? 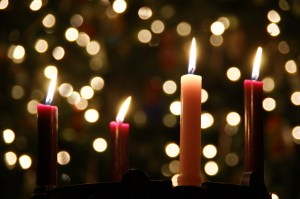