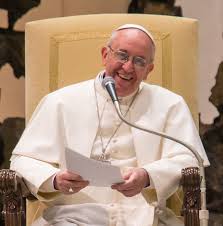 At the end of the Introduction to Evangelii Gaudium (EG), shortly after he writes that he will NOT be addressing every possible issue (since much of that will be the responsibility of diocesan bishops in their own territories), Pope Francis outlines “some guidelines which can encourage and guide the whole Church in a new phase of evangelization, one marked by enthusiasm and vitality.  In this context, and on the basis of the teaching of the Dogmatic Constitution Lumen Gentium [one of the foundational texts of the Second Vatican Council], I have decided, among other themes, to discuss at length the following questions” (#17).

Let’s consider this a bit more closely.  First, the issues selected by the pope are ones that he sees as universal and applicable throughout the entire Church (since in the previous paragraph he had already ruled  out regional or diocesan matters).  Second, he is launching a new movement in the mission of evangelization.  Many people were somewhat concerned when Pope Benedict declared  a year focused on the New Evangelization, not because it wasn’t needed, but because it could lead some people to conclude (erroneously, of course!) that the work of evangelization would “end” with the end of the Year!  Pope Francis is not only correcting that misperception, but going a huge step further.  He is taking us even further and opening a whole new portal of evangelization, and this new phase is to be characterized by enthusiasm and vitality.  Third, he is grounding everything in the teaching of the Second Vatican Council, especially the Dogmatic Constitution on the Church,

Lumen gentium.  This in an interesting and significant choice.  One could reasonably assume that he would have chosen the Pastoral Constitution on the Church in the Modern World, Gaudium et spes, since its focus is on the relationship of the Church to contemporary society.  Instead, he is focusing on the fundamental conciliar document which deals directly and substantively with the inner nature of the Church herself.  With this in mind, let’s look at the seven questions the pope is going to emphasize with the rest of the document.

1.  The reform of the Church in her missionary outreach;

2.  The temptations faced by pastoral workers;

3.  The Church, understood as the entire People of God which evangelizes;

4.  The homily and its preparation;

5.  The inclusion of the poor in society;

6.  Peace and dialogue within society;

7.  The spiritual motivations  for mission.

Pope Francis writes that he is going to detail his thoughts on these issues not as a kind of theological treatise but to underscore their importance to the Church and the Church’s mission of evangelization today.  Furthermore, he sees them as a way to give a definite shape to this new chapter of the evangelical mission “which I ask you to adopt in every activity which you undertake [emphasis in the original]” (#18).

What a great and challenging message for all Christians, and in a particular way, for those of us who serve in any kind of ministry in and for the Church in the world!  These seven points can serve as a disciple-evangelist “checklist” of sorts, and as we continue this reflection, we’ll see what the pope has in mind for each of us.