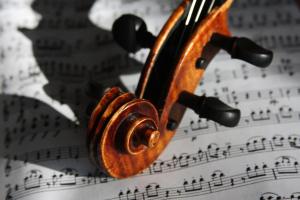 Joshua McElwee over at the National Catholic Reporter reports today about a recent speech given by Jesuit Fr. Adolfo Nicolás, the current head of the Jesuits.  Read his whole article here.  In his talk, Fr. Adolfo described religious experience to be much like “a person who can appreciate the intricacies and variations of classical music,” according to McElwee.  Fr. Nicolás said “religion is first of all very much more like this musical sense than a rational system of teachings and explanations. . . .  Religion involves first of all a sensitivity to, an openness to, the dimensions of transcendence, of depth, of gratuity, of beauty that underlie our human experiences,” Nicolás said. “But of course, this is a sensitivity that is threatened today by a purely economic or materialist mindset which deadens this sensitivity to deeper dimension of reality.” 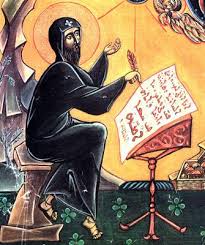 People of faith have always found music expressive of deep meaning that far transcends our rational abilities to attempt explanations of who we are and what we hold most dear.  Lovers, poets and song-writers have always turned to music to express love and other deep emotions.  Shakespeare wrote plays to entertain, but sonnets to pour out his soul.  Ancient peoples always expressed religious experience through song and movement, and the great Doctor of the Church, St. Ephrem of Edessa (the only Deacon Doctor of the Church, by the way!) crafted his theology in hymns and songs.

Several days ago, I commented here that our Church is so much more than her teachings, despite popular misconceptions that often suggest otherwise.  Therefore, I found Fr. Nicolás’ comments particularly apt.  While anyone can be taught to “read” musical notation, truly appreciating music is something else again: spirituality, religion and religious experience are children of the marriage of both art and science.

This seems to be how Pope Francis is approaching ministry as well: he assumes that we all know the teachings of the Church.  But we are more than our teachings alone; it’s the living of our lives, of finding God in the melodies and rhythms of life, where our faith is most fully expressed.

Writing yesterday about St. Patrick’s Day, I began thinking more about our family experience growing up in the 1950’s and early 1960’s in St. Patrick’s Parish in Peoria.  At home, music was a constant!  Our Mom loved big band music and had a wonderful collection of records (remember those?) from every band, orchestra and singer from the 1940’s.  Even as a young boy I enjoyed putting on those records and enjoying the music.  And, in school at St. Patrick’s, music was a big deal, too.  Not only did we learn music in class, we could sign up for piano lessons, too.

Yesterday, I wrote about our pastor, Monsignor Patrick O’C. Culleton, but he wasn’t there alone!  Back in those days we usually had at least three priests assigned, and the School Sisters of Notre Dame ran the parish school.  Sometimes we had the same teachers that our parents and aunts and uncles had studied with when they were kids.  Other sisters were younger but no less influential.  One such sister, and her story, illustrate the kind of spiritual journey that’s best expressed through music.

Sister Mary Danielle Dohms, SSND was our music teacher.  In fact, my cousin and I studied piano and organ with Sister Danielle throughout our time in grade school.  She was tall and most of the guys in my class thought she looked a bit like Ingrid Bergman playing Sister Mary Benedict in the 1945 movie, “Bells of St. Mary’s”.  After leaving home after grade school to enter the seminary, I rarely saw Sister Danielle again, and then, in the early 1970’s, our school was closed and the majority of the sisters moved on to other ministries.  Many years later, following our Dad’s death, I reconnected with several of the sisters who had taught at St. Patrick’s during those years, including Sister Danielle.  It was illuminating!

Sister recalled that when she first came to our parish, just a few years before my cousin and I began studying music with her, she was still a teenager herself!  She was 19 years old, had finished two years of college and had been sent to start teaching.  Then, when she left St. Patrick’s, she was sent back to college and finished her undergraduate degree.  She moved into a residence in the inner city of a large Midwestern city, where she worked with other sisters and lay women and men to provide shelter and food to homeless people, especially young women.  While doing this, she returned to graduate school in liturgy and taught liturgy to seminarians; then, she’d go back home to the homeless shelter where she lived.  She sounded happy and fulfilled and blessed in her life.

The “music” of her life was so much more than saying, “She was a teacher.”  She was that, but so much more.  She found the melodies and the rhythms of life in her living with homeless women as well as in exploring those same mysteries in the classroom, helping future priests find the tune as well.  She could “teach” about Christ — and she could sing and dance with Christ as well.  How is that working in our own lives?  Do we have the music in us?  Do we resonate with the mercy and love of God for all?