One thought has remained with me from the first reading of Pope Francis’ Amoris Laetitia: this is an ADULT document.  It is written by a mature adult man who is comfortable in his own relationship with God and with other people, able to see things both as they are and as they could be.  Through the lens of his own life’s experience he recognizes his own weaknesses and failures and owns his own need for God’s forgiveness and the help of others to get through any given day.  This mature adult man has written a document that presumes his readership is similarly disposed.  He writes directly, explicitly, and knowledgeably about the human condition, the role of the Church, and the relationship of the two.  It is, in short, a text written by an adult for other adults.  As Archbishop Blase Cupich of Chicago observed in his press conference on the release of Amoris Laetitia, Pope Francis is calling us all to “an adult spirituality.”

What does an “adult spirituality” look like?  I ask this in connection with these short reflections on the formation of conscience, because I think it lies at the heart of the matter. 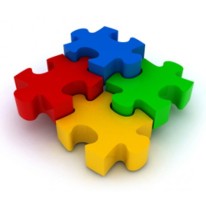 First, I think an adult spirituality is balanced, reasonable and well-integrated.  An adult point of view, it seems to me, is found when a person has learned — usually through hard experience — to steer a course between extremes.  Consider one simple example.  Some people seem naturally disposed to see everything through a negative lens: nothing can ever be done right, some people can just never say anything that is not immediately criticized, and no one can really be trusted.  I suppose if one crept along this point of view to its extreme, one would arrive at the home of cynicism.  On the other hand, some people are just as disposed to see everything in a positive light: they see the good in what others do and say, giving them the benefit of the doubt.  Following this point of view to its extreme, one would arrive at the land of rose-colored glasses.  However, the wisdom of maturity would generally find, along  with Aristotle, the “golden mean”or, as the ancient Latin has it, “In medio stat virtus“: virtue stands in the middle.  Applying this to Pope Francis and Amoris Laetitia: consider some of the online responses one finds everywhere: some people were determined to condemn it even before it was promulgated while others were similarly inclined to “canonize” it, also without reading it.  A balanced, reasonable, and well-integrated adult would, of course, read the document and form conclusions both positive and negative.  Amoris Laetitia is not Holy Writ; neither is it from Satan. 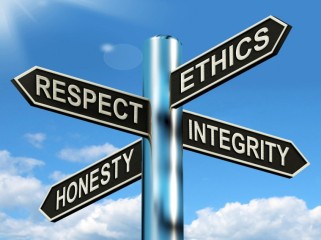 Second, an adult spirituality is honest with one’s self and with others, especially about one’s own limitations.  When confronting challenges, an adult comes to know that there are limits to his or her abilities: intellectual, affective, and physical.  They come to accept that we all need assistance in a variety of ways.  In recognizing their own limitations, the mature adult tends to be more understanding of the limitations of others.  This is a key theme of Amoris Laetitia.  All are weak in various ways and we acknowledge and work within that weakness; we do not demand that a person first become strong before we work with them.  God’s grace and mercy is necessary for all and, as the Holy Father stresses, “true charity is always unmerited, unconditional and gratuitous.” (AL 296)  A person does not have to “prove” or “earn” our mercy any more than we have deserved God’s mercy in our own lives.  Mature adults understand that. 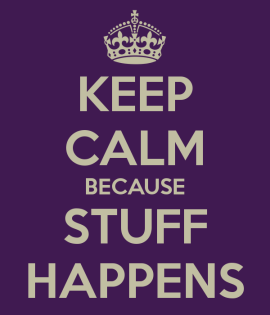 Third, an adult spirituality acknowledges the contingencies of life.  In the sections of Amoris Laetitia which address the specifics of marriage and family life, the Holy Father shows a remarkable understanding of  how hard most people struggle with the uncertainties of life: holding a job that can support one’s family, dealing with fatigue and failure, the pressures of being a single parent and on and on.  Most people come to understand that the vast majority of folks are simply trying to do the absolute best they can despite whatever challenges they face.  Others may come to different decisions than we might, but there is a presumption based on experience that most people are trying to do their best.  However, here we find some tension again between those who have a more positive perspective on human nature and those who are more negative, and would never presume that other people would do their best!  Pope Francis recognizes this difference of perspective when he writes,

I understand those who prefer a more rigorous pastoral care which leaves no room for confusion.  But I sincerely believe that Jesus wants a Church attentive to the goodness which the Holy Spirit sows in the midst of human weakness, a Mother who, while clearly expressing her objective teaching, “always does what good she can, even if in the process, her shoes get soiled by the mud of the street.” 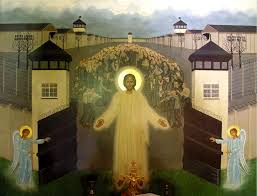 Fourth, an adult spirituality finds God’s presence in all aspects of life.  Experience teaches a person of faith that God is active and present even when a person feels alone, abandoned, or powerless.  There is a sense of tranquility that comes to a person, even in the midst of suffering, which communicates God’s “accompaniment” (to use one of Pope Francis’ favorite expressions) on that journey.  Just as God never abandons us, we are not to abandon others in their own need.  The Holy Father spends considerable time in AL reminding us that not only should those who are divorced or in irregular unions are not to feel themselves cut off completely from the church, nor are we to adopt practices and attitudes which convey or support such a feeling of isolation and excommunication.  Simply put, God never abandons us, and we cannot abandon others.

Fifth, an adult spirituality deals with the real, not the hypothetical.  Hypothetical situations abound, but we generally have to deal with one situation at a time, resolve it as best we can, and move on to the next.  While a certain amount of hypothesizing happens with all of us as we try to plan for the future, but in general, we take one very real circumstance on at a time.  I keep thinking of St. John XXIII’s famous passage in his opening address to the Second Vatican Council when he proclaims to the thousands of assembled bishops: 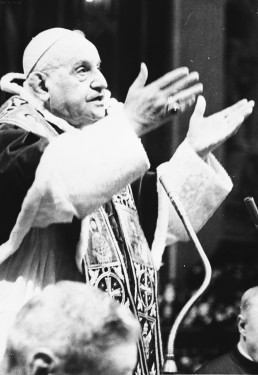 In the daily exercise of our pastoral office, we sometimes have to listen, much to our regret, to voices of persons who, though burning with zeal, are not endowed with too much sense of discretion or measure. In these modern times they can see nothing but prevarication and ruin. They say that our era, in comparison with past eras, is getting worse, and they behave as though they had learned nothing from history, which is, none the less, the teacher of life. They behave as though at the time of former Councils everything was a full triumph for the Christian idea and life and for proper religious liberty.

We feel we must disagree with those prophets of gloom, who are always forecasting disaster, as though the end of the world were at hand.  In the present order of things, Divine Providence is leading us to a new order of human relations which, by men’s own efforts and even beyond their very expectations, are directed toward the fulfillment of God’s superior and inscrutable designs. And everything, even human differences, leads to the greater good of the Church.

In much of the criticism of Pope Francis and this Exhortation, one detects the same voice of the “prophets of gloom” which St. John XXIII mentions.  I think Pope Francis would agree wholeheartedly with his sainted predecessor that it is still God who is in charge and still “leading us to a new order of human relations” which goes far beyond our poor human attempt to understand fully.  Like those earlier critics of the Council, much hand wringing is taking place about “what ifs”: “What if” a pastor just looks for a loophole to let divorced and remarried people back to Communion?  “What if” a person doesn’t form their conscience as rigorously as they should?  “What if” people abuse this teaching and simply ignore the longstanding teaching of the church?  “What if,” indeed.  Realistically, will such things happen?  Of course they will, and no mature adult would deny that possibility.  On the other hand, shouldn’t we adopt a position that we will deal with those situations as they occur, if they occur, and when they occur?  In the meantime, as John did with the Council, let’s move forward. “Siempre Adelante!” as Pope Francis challenged us during his homily in Washington, DC.

So, in forming our consciences, we do so as mature adults, striving as best we can and with the help of the Holy Spirit, to discern God’s will for our lives.

One comment on “Formation of Conscience, Step Two: “Be an Adult””